These vaccines are the first of their kind, and they’re true medical breakthroughs. Here’s a closer look at the science behind how they were developed 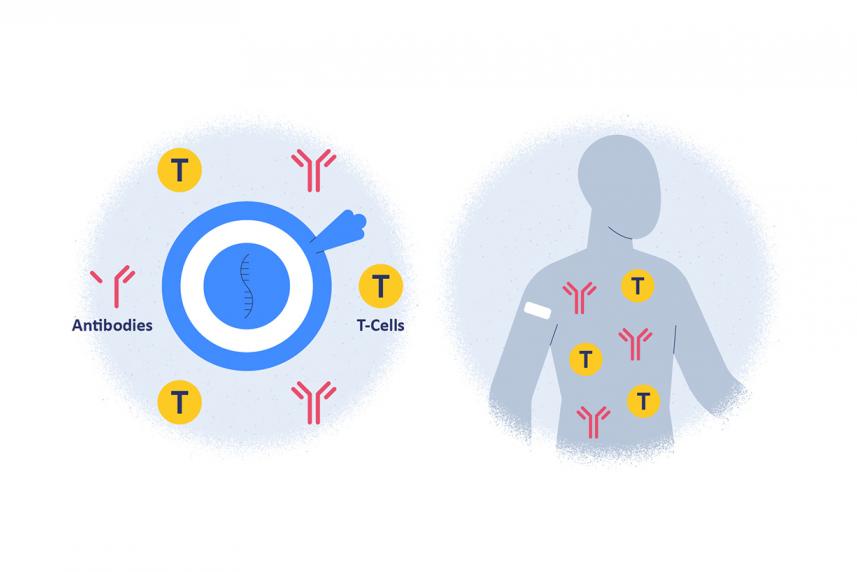 Scientists have been teaming up in unprecedented ways to combat the COVID-19 pandemic. Case in point: The Moderna and Pfizer/BioNTech vaccines, which are the fastest ever developed by medical science. “The mRNA vaccines are truly great scientific achievements,” says Helen Boucher, M.D., chief of infectious diseases at Tufts Medical Center in Boston. “Years of research, tremendous international collaboration, innovative work by the National Institutes of Health and industry partners in a public-private partnership, and the inspiring willingness of nearly 74,000 volunteers combined to allow the delivery of these vaccines in less than a year.”

How were the coronavirus vaccines created so quickly? How do they work—and what does their warp-speed creation mean for their safety and effectiveness? Whether you’ve already received a COVID-19 vaccine or will in the future, you’re likely curious about the amazing story behind them. Here’s a look.

A New Kind of Vaccine
The COVID-19 vaccines developed by Moderna and Pfizer/BioNTech made headlines in December as the first to receive emergency use authorizations from the U.S. Food and Drug Administration (FDA). But they broke ground for another reason: They’re the first publicly available vaccines to use mRNA technology. “[This] technology is new but not unknown,” Dr. Boucher says. “It has been studied for more than a decade.”

The mRNA vaccines work differently than conventional vaccines. Many of the shots received routinely by kids, teens, and adults (such as those for the flu, pneumonia, or the measles) use dead or weakened germs to stimulate an immune-system response in the body. This exposure prepares the body so it’s ready to fight back if you are exposed to an infection in the future.

In contrast, mRNA vaccines carry instructions for creating part of the coronavirus instead—namely, the spike protein it uses to break into human cells. When the vaccine is injected into the muscle of your upper arm, those cells begin producing the spike proteins. Soon, your immune system recognizes them as invaders—they’re actually harmless on their own—and begins building its defenses.

A third recently approved third COVID vaccine, made by Johnson & Johnson, is not an mRNA vaccine. It’s a viral vectored vaccine that uses a harmless adenovirus (the same family of viruses as the common cold) to create the spike protein and trigger a protective response. Unlike the mRNA vaccines, the Johnson & Johnson vaccine is a one-shot vaccine. It doesn’t require a second dose. It also requires no special cold storage, making it easier to ship and distribute.

Regardless of which type of vaccine you receive, if you’re ever exposed to the real SARS-CoV-2 virus (COVID-19 is the disease caused by this virus) later on, your body should know how to fight it off. It typically takes a few weeks for the body to reach full immunity after getting both doses (you need two) of the mRNA vaccines. And those snippets of mRNA that set the whole process in motion? Your body disables them, and they vanish. All that’s left is the protection.

The Long History of Coronavirus Research
Years before the virus that causes COVID-19 even existed, labs around the world were studying vaccines for two other coronaviruses: SARS (severe acute respiratory syndrome) and MERS (Middle East respiratory syndrome). Other scientists were looking into the possibilities of mRNA vaccines for everything from the flu and rabies to the Zika virus and HIV.

In fact, experimental mRNA vaccines for several infections have been in development for at least 10 to 15 years, with human trials conducted on at least four of them. Researchers have also been looking at mRNA therapies for personalized cancer vaccines and to regenerate muscle tissue in ailing hearts. Over the years, scientists have found ways to modify RNA so that it won’t set off immune-system alarms before it enters cells. They’ve surrounded snippets of mRNA with a protective, oily coating. And they’ve created synthetic mRNA as an alternative to using RNA from a virus or other infectious agent.

All that hard work came together in the development of the COVID-19 vaccine, says Christine Turley, M.D., vice chair of research at Atrium Health Levine Children’s Hospital in Charlotte, N.C., and lead physician investigator of the STRIVE program, a COVID-19 vaccine registry. “Thirty years ago, we didn’t have the technology to do what researchers are doing now,” Dr. Turley says. “Sometimes, people think scientists spend too much time working on things that don’t make a difference. But all that research is making COVID-19 vaccines possible.”

Investing in Safety
So, while it may seem as if these new vaccines practically appeared out nowhere, their foundation is deep. The reason we got to this point so quickly this year? Money.

“We’ve shortened the timeline tremendously because of investments and advances in science,” says Robert H. Hopkins, M.D., a professor of pediatrics and internal medicine at the University of Arkansas for Medical Sciences and chair of the National Vaccine Advisory Committee. Case in point: Operation Warp Speed, the U.S. government’s partnership to accelerate COVID-19 vaccine development, invested billions of dollars in research, manufacturing, and vaccine distribution. “But we have not skipped any critical steps,” Dr. Hopkins says. “We’re doing large trials on human beings. At the same time, companies are building factories, bringing in the raw materials to make vaccines. We’re doing safety and efficacy studies, but we’re also preparing to get vaccines out at the same time.”

Both the Pfizer/BioNTech and Moderna vaccines were studied in large clinical trials (43,448 participants in the Pfizer/BioNTech trial; 30,351 in the Moderna trial) with extensive outside oversight. “Data from both were publicly vetted by FDA and further reviewed by the FDA Advisory committee and the CDC,” says Dr. Boucher.

So far, the studies have shown the vaccines to be incredibly safe. Many people have only mild, short-lived side effects after receiving their shots. What’s important to remember if you experience any of the common symptoms such as fever, tenderness at the injection site, or feeling achy: “They mean your immune system is responding,” Dr. Turley says. “It’s not a reason to avoid the vaccine. It means it’s working.”

The information in this story is accurate as of press time and posting. To limit the spread of the coronavirus, it’s important to continue practicing social distancing (keeping at least 6 feet away from people outside your household) and washing your hands frequently. You should also be appropriately masked any time you’ll be in public. According to the CDC’s latest guidance means layering a disposable surgical mask underneath a snug-fitting cloth mask or placing a mask fitter over your cloth mask to ensure a tight fit. Because the situation surrounding COVID-19 continues to evolve, we encourage readers to follow the news and recommendations for their own communities by using the resources from the CDC, WHO, and their local public health department. 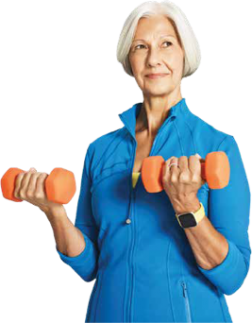 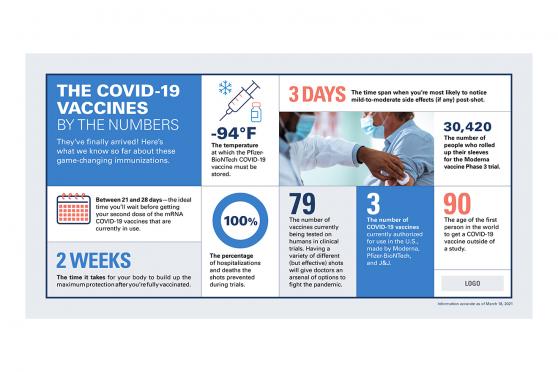 The Covid-19 Vaccines - By The Numbers

They've finally arrived! Here's what we know so far about these game-changing immunizations 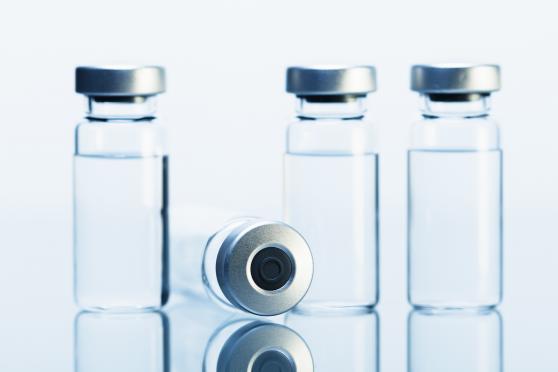 We have a new tool in the fight against COVID-19. Here’s how the shot works and what you can expect if you get it 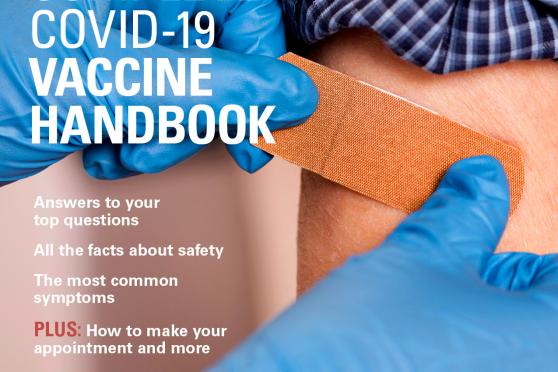